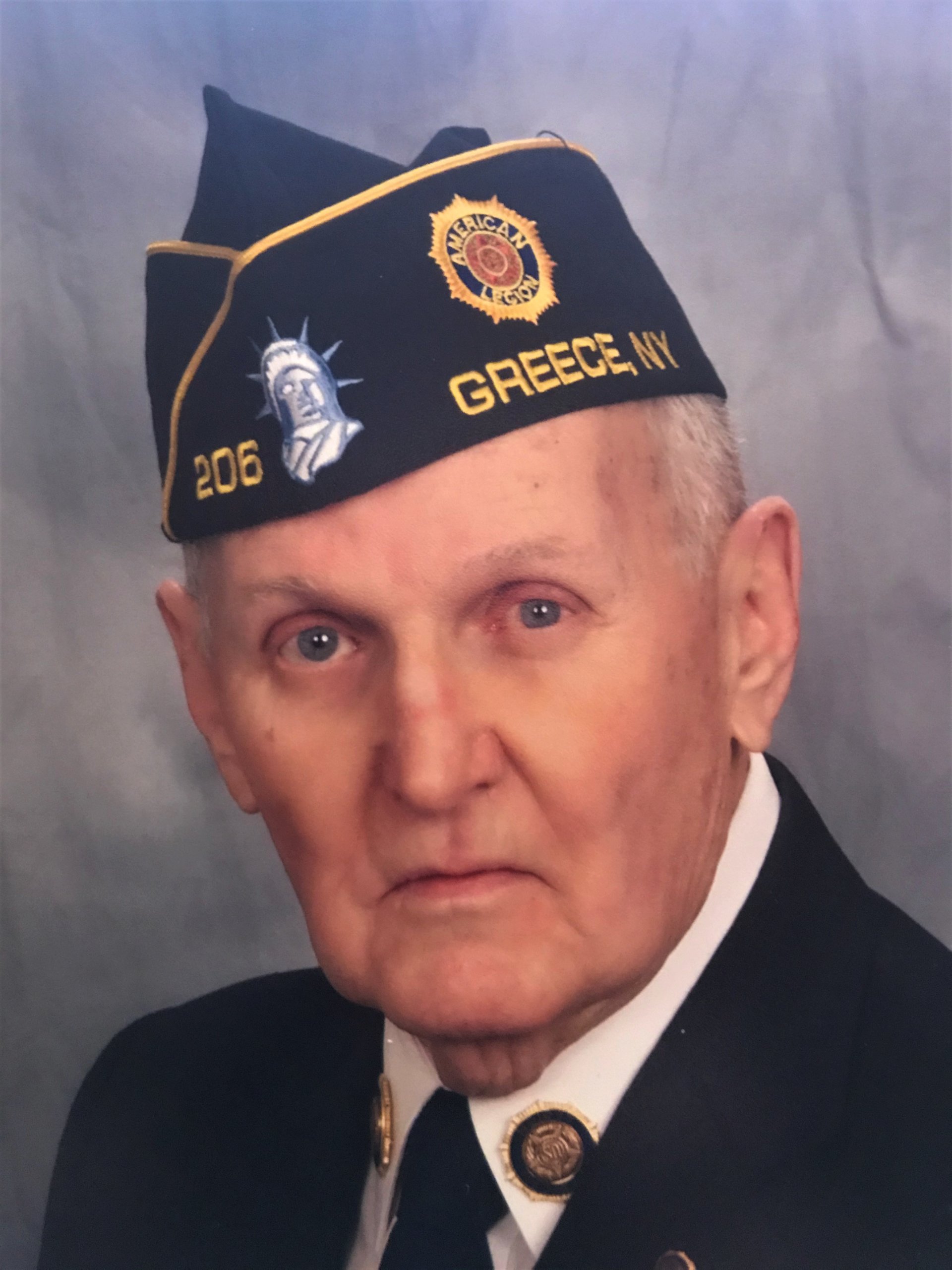 Greece: Passed away on Sunday, January 17,2021 at the age of 95.  Bill was born and raised in Rochester, the son of McKinley and Loretta York.  Bill was an Army veteran of WWII in the Pacific theater.  He graduated from the School of Commerce (RIT Business School) and began his career at Follansbee Metals.  He rose to the level of President of Beals, McCarthy and Rogers in Buffalo, NY.  He then started his own business, Lenmar Metals and Plastics, which he ran for 38 years, retiring at the age of 84.  An avid golfer and amateur photographer, Bill enjoyed his large circle of friends and business associates.  He was a past Post Commander of American Legion Post 206.

He was preceded in death by his wife of 57 years, Mary Jane (Egan) York.  He is survived by his children, Sharon York, William McKinley York III (Diane) and Martin York; his three grandchildren, Andrew York, Megan York and Melody York; his companion of several years Annette Fantauzzo.

Thanks to the doctors and nurses at Unity Hospital and Hildebrandt Hospice.

No prior calling hours.  His Mass of Christian Burial will be celebrated Friday (Jan 22nd) 10:00 AM at St. Lawrence Church in Greece. Private interment, Holy Sepulchre Cemetery. In lieu of flowers, contributions can be made to Honor Flight Rochester (https://honorflightrochester.org) or the Open Door Mission (https://opendoormission.com) in his memory.