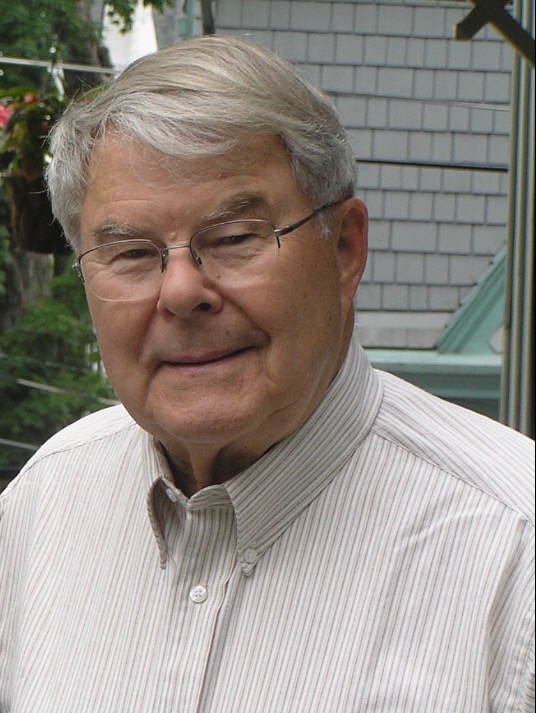 Wendell V. Discher passed from his earthly life to join his God on November 24, 2020, at age 92. Wendell (Wendy) was predeceased by his wife and love of his life for 69 years, Mary Joslin Discher. He is survived by his four children, Jocelyn (Bob) Ault, Craig (Judy Chilson), Scott and Norman (Jennifer) Discher, his seven grandchildren: Taylor and Tory Ault, Falkner, Karl, Tabitha, Marianne and Katherine Discher, and friend Cheryl Pipkin. He is predeceased by his parents, Charles and Ethel Discher, and brother and sister-in-law, C. Dale and Pat Discher. He treasured the love of family, friends and colleagues.

Born in Kalamazoo, MI, he attended Kalamazoo College where he met Mary.  Wendy later attended the University of Rochester, during which time he and Mary were married.  Upon earning his master’s degree from the Institute of Optics, he deferred employment with Eastman Kodak to serve in the Army during the Korean War.  He was stationed at Ft. Knox, KY, and Mary joined him for that time.  Afterward, they returned to Rochester, and Kodak, where he began working in film testing and quality control.  He spent most of his professional career in film testing and the pursuit of image quality, later assuming management roles with Film Technical Services Division and then as Worldwide Manufacturing Manager, Motion Pictures and Film.  He was first and foremost an Engineer, but in the role of manager, he championed key contributions to film manufacturing in the area of standards and test metrics, as well as technology transfers including new high-speed perforating technologies for both 35 mm and Motion picture film. Wendy was most notably, and internationally, awarded the Fellow membership to the Society of Motion Picture and Television Engineers (SMPTE) in Hollywood for his life-long contributions to the motion picture industry.

Wendy will most be remembered for the way he made people feel. He loved his work but he most cherished the friendships he formed and his family.  He always looked to engage others whether it was bowling, euchre, traveling or playing tennis.

Community and service were also central to Wendy’s Christian faith. Bethany Presbyterian Church was his church home where he served and provided leadership on many committees. Together, he and Mary wove their church and family life together, developing deep friendships. He also served his community by leading United Way Campaigns. He lived by Micah 6:8, “Do Justice, love kindness and walk humbly with God.”

A service to celebrate his life will be held at some date in the future when all those who loved him can gather. For those wishing, a memorial contribution can be made in his honor to the Choir at Bethany Presbyterian Church (3000 Dewey Ave., Rochester, NY 14616), The United Way of Greater Rochester (75 College Ave, Rochester, NY 14607) or The Salvation Army, Rochester Area Services (70 Liberty Pole Way, Rochester, NY 14604).

The family greatly appreciates donations made to these charities in Wendell V. Discher 's name.

The United Way of Greater Rochester