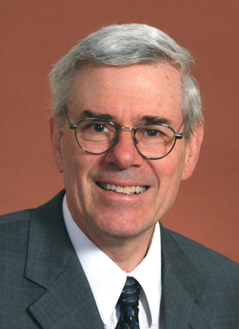 Rulon Eugene Simmons passed away in Rochester, NY on December 16, 2020 of health issues related to a stroke seven years ago.   He worked hard to recover and was an example to all before and after his stroke.

Rulon was born July 10, 1947 in Ithaca, New York. He lived in Montana and Utah for his formative years.  Rulon loved being a Boy Scout, and earned his Eagle Scout award at the age of 13, and earned a BS and MS in physics from Brigham Young University.  He served an L.D.S. mission to Brazil from 1967 to 1969.  Rulon served in many assignments for The Church of Jesus Christ of Latter-Day Saints, including high counselor and branch president of the Rochester 4th Branch.

Rulon married his eternal sweetheart, Rebecca Hatch, in the Salt Lake LDS Temple on July 23, 1971. They have four children—Kenneth Simmons (Roxie Richardson), Michael Simmons (Crystal Roderick), Katherine Wallace (Jonathan), and Lynette Loveridge (Daniel), as well as 14 grandchildren. Rulon was a good father and a hard worker. He worked for both Eastman Kodak and ITT in Rochester, NY. He also often taught photography classes at the Kodak Camera Club.

Rulon’s hobbies included stamp and coin collecting, scuba diving, biking, and photography.  He photographed many weddings, nature, and was the official photographer for the Hill Cumorah Pageant.  Rulon also wrote “National Geographic Photography Field Guide: Birds,” as well as the “I love Rochester NY” photo book.  Rulon and Rebecca were able to travel together in their later years before his stroke.