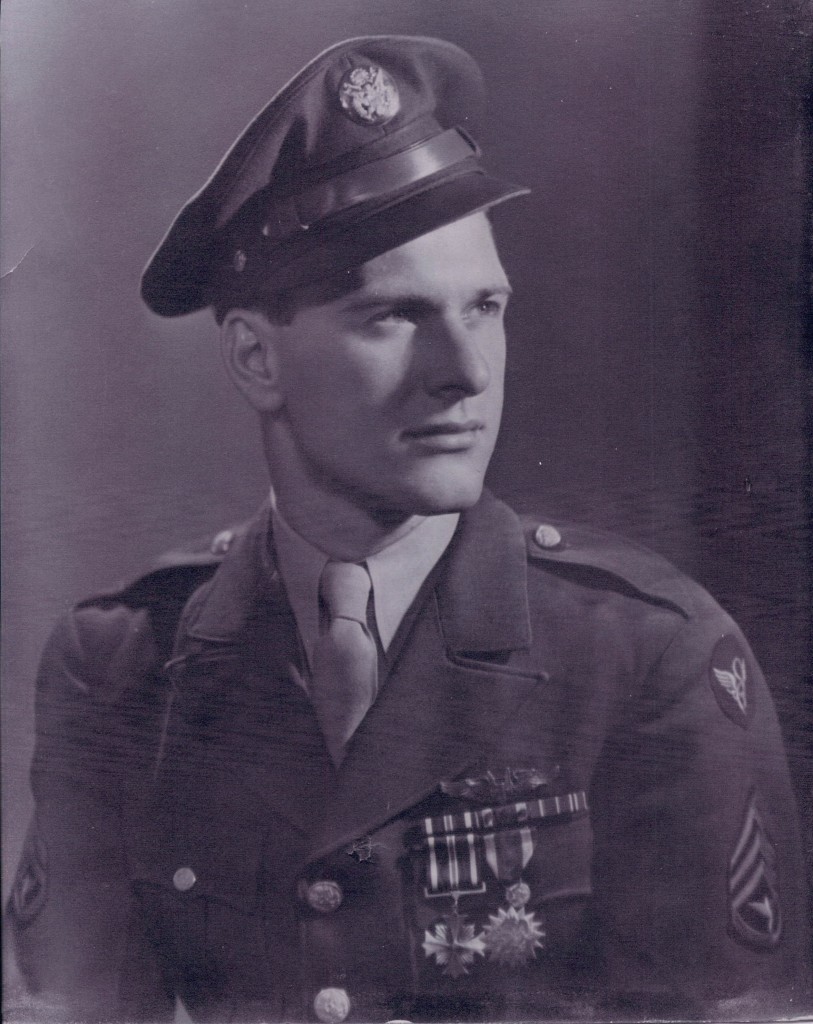 Greece: June 21, 2018. Robert Lopiano was born in Rochester, NY to Marie and Louis “Tulip” Lopiano on July 26, 1922. He was their only child. He spent his childhood in Rochester’s First Ward swimming in the Genesee River, hanging around the YMCA and making mischief with his friends. He attended Monroe High School. On July 21, 1942, he, Herb Bartley and Bob Simpson enlisted together in the Army Air Corp. Originally, Bob Lopiano was in airplane mechanics training, but a few months into his service he decided to take a $45 per month raise and promotion to technical sergeant by joining gunnery school, a decision with which his mother vehemently disagreed. He attended gunnery school in Seattle and flight school in Montana. In June of 1943 at the age of twenty years he was stationed at an American airfield in Bury St. Edmunds, East Anglia, England as a member of the 548th Squadron, 385th Bomber Group of the 8th Air Force of the Army Air Corp. The 548th squadron flew B-17 heavy bombers - the “Flying Fortress.” Bob began his combat missions as a waist gunner but was soon transferred to the unenviable post of tail gunner. He flew twenty-five combat missions. Bob and his crewmates flew at a time in 1943 when there was no fighter escort over enemy territory and the German Luftwaffe was still the superior air force. The Americans flew daylight raids and the 8th Air Force casualties were heavy, some of the heaviest of any unit in World War II. Of the original 100 members of the 548th Squadron, seventeen completed their required twenty-five combat missions, the others suffering far crueler fates than Sergeant Lopiano, the real heroes as he would often remark. Bob was a highly decorated veteran. He was awarded the Distinguished Flying Cross, the second highest honor an Army Air Corpsman could receive. He also earned the Air Medal, and the bronze star several times for his bravery under fire, along with other medals and commendations. In 2016, the President of France named Robert Lopiano a Chevalier de la Legion d’Honneur for his role in liberating France. Upon returning to Rochester after the war, Bob fell in love with Rose Donaruma, a love that would endure and grow in their sixty-three years together. They were married on September 6, 1947. Bob was a loving, thoughtful and doting husband. He and Rose loved to dance, play cards and celebrate life with friends and family. Bob was a very good dancer, jitterbugging until the very end. They raised two children, Linda and Christopher, first on Fieldwood Drive in the Parish of the Annunciation and then on Summit Hill drive in Greece. Bob worked thirty years for Delco Products, a division of General Motors, retiring in 1983. He then greatly enjoyed thirty-five years of retirement, the first twenty-five with Rose, the love of his life. They travelled some and partied with friends often. Rose and Bob often played gin rummy after lunch, his frequent losses a loving frustration. After Rose passed in 2008, Bob moved with his daughter Linda and granddaughter Laura to a multi-generational farm in Holley, NY. He relished being surrounded by loving family, especially his three great grandchildren whom he entertained with stories and with music from the 1940's and whom he spoiled with treats and clandestine television. He moved to the Chapel Oaks community in 2015 where he made new friends and, as always, squeezed all the enjoyment he could out of life. He played pinochle weekly, attended all of the cocktail hours and music nights and was a frequent field trip participant. He was very active to the very end. Robert Lopiano is pre-deceased by his wife Rose Lopiano and his daughter Linda Leone. He is survived by his son, Christopher Lopiano and his daughter in-law, Teri Ellison; his son-in-law Phillip Leone; his grandchildren Laura Donk and her husband Kevin Donk, and Antonio and Dominic Lopiano; and his great grandchildren PJ (Phillip), Shaelyn and Isla Donk. Robert’s visitation will be held Monday, June 25, 2018 from 4:00 pm to 7:00 pm at Vay-Schleich & Meeson 1075 Long Pond Road. His Mass of Christian Burial will be Tuesday, June 26, 2018 at 10:00 am at St. Ann’s Chapel at 1550 Portland Avenue in Rochester. Entombent with military honors following the service at Holy Sepulchre Cemetery. In lieu of flowers, contributions may be made to St. Ann’ Community c/o Chapel Oaks 1500 Portland Avenue Rochester, NY 14621 or National Museum of the Mighty Eighth Air Force 175 Bourne Ave. Pooler, GA. 31322. For more information and to sign his online guestbook visit www.meesonfamily.com