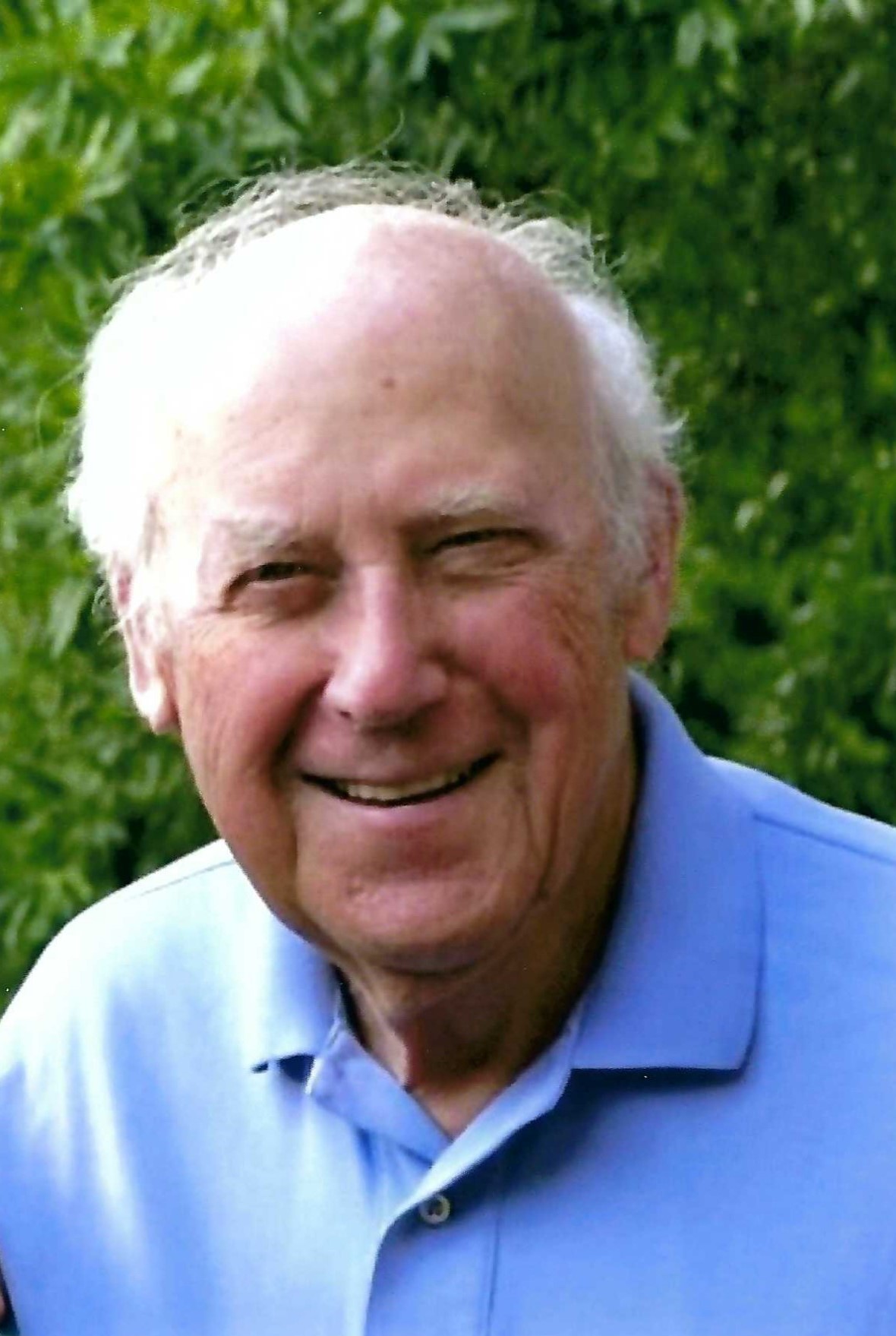 Bob attended St. Andrew’s Elementary and Ben Franklin High Schools.  After graduation he served in the U.S. Army during WWII, promoted to the rank of technical sergeant while stationed in Hawaii with the Signal Service Battalion.  Upon his honorable discharge in 1946, he earned his undergraduate degree from Cornell University’s School of Industrial and Labor Relations and his law degree in 1952 from Cornell Law School.

In 1953, Bob married his sweetheart Joyce, and together they started a family and became active in church, school and community service projects in the town of Greece.  He began his law career with the Harris Beach law firm, and later pursued a practice in community law.

In 1966, Bob ran for and was elected to the first-ever Monroe County Legislature, serving the Sixth District for the next five years.  As a legislator and a member of the Transportation and Parks Committee, he supported the development of Greece Canal Park.  He later led Monroe County’s Tax Foreclosure Office for many years.

Bob was highly respected for his professional integrity, his devotion to the practice of law, his family and community service. He was a volunteer firefighter for 10 years with the Barnard Fire Department, serving as president for two years, and he was honored in 2000 for his 38 years of outstanding service and pro bono legal work for the department.

Bob and Joyce were lifelong parishioners of St. Charles Borromeo Church.  He was an honorary member of the Knights of Columbus, a Catholic fraternal organization.  He enjoyed bowling with the Greece Catholic Men’s League for many years.

Bob told wonderful stories of his childhood growing up on Lux Street with his brothers, Elmer and Jack and sister, Janet (Winnick) Cappon, and summering on Sodus Bay with his cousins, Chuck, Herb, Ralph and Jerry Spiegel.  He was an avid fisherman and hunter who loved tending his bountiful vegetable garden at his lakeside cottage.  An amateur ornithologist, he carefully recorded his birdwatching observations in his Peterson’s Field Guide.  He particularly loved reading the adventures of Sherlock Holmes and The Conservationist magazine.  He and Joyce especially enjoyed traveling cross-country with their close friends Frank and Lois Clovis visiting many National Parks and historical spots.

He adored spending time with his grandchildren, Nick, Ryan, Emily, Spencer, Lauren, Caroline and Brian, and his many nieces and nephews.  We will remember him fondly for how much he loved and cared for all of us.

The family greatly appreciates donations made to these charities in Robert E. Cappon 's name.