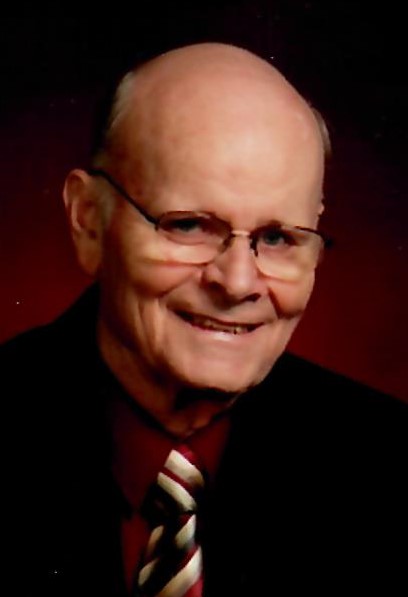 Phil graduated from Aquinas in 1953, attended St. John Fisher College, and served in the Army from 1956 – 1958. He retired from Kodak in 1991 after working in the purchasing department for 32 years. After that, Phil drove a school bus for the Greece Central School District for 10 years. He loved driving that bus; arriving early each morning to make sure it met his high standards for safety and cleanliness. He would fondly recall the times when he decorated his bus for the holidays, then watched parents double over with laughter as he rolled down their street blaring “Jingle Bells” from the loudspeaker.

After his retirement, Phil volunteered as a tutor at Hope Hall and in the Rochester City School District. Always seeking to help where the need was greatest, he asked teachers to send him their most challenging student. He would take that child aside and build up their confidence by pointing out how smart they were, telling their teacher what a good job they were doing, and rewarding them with special pencils and stickers from his briefcase.

This practical approach to faith was at the heart of Phil’s personality. Whenever his children came to him with a problem, they would hear, “Did you say a prayer? Does it say ‘Callan’ on the back of your shirt? Then everything is going to be ok”. This was always followed by practical advice, any help he could offer, and a quick check of the air pressure in their tires before they left.

Putting their faith to work in a practical way was important to both Phil and Eileen right from the start of their marriage. This led them to form a faith study group with like-minded young couples at St. Charles Borromeo Church in the mid 1960s. Meeting monthly at each other’s homes, the “Discussion Club” deepened into a lifelong group of devoted friends who always had each other’s back. Whenever a crisis arose in someone’s family, their children watched and learned as the Discussion Club mobilized with phone calls, prayers, casseroles, and anything else that was needed. Phil, Eileen and their family have been so blessed to have these wonderful people walking next to them throughout their lives.

To his family’s delight, Phil revealed an artistic talent later in life. He surprised his children with beautiful watercolor paintings of their homes, and became a sought-after resource for interior design among his friends and siblings. His grandchildren were particularly enchanted with his gift for storytelling. They weren’t always sure they believed Grandpa’s stories of waking up each morning to the sound of trumpeting elephants and roaring lions, until they learned that he grew up right behind the Seneca Park Zoo!

Phil has said that his greatest desire in life was to be a good father. With God’s help, he far exceeded that goal and became a wonderful husband, father and mentor to his children, grandchildren, younger siblings, and the children he tutored. Beyond that, he was a trusted advisor to his neighbors and co-workers. Everyone seemed to know that if you went to Phil with your problems, you’d get straight talk delivered with kindness, empathy and a twinkle of humor from a man who walks the walk.

And you would leave with air in your tires.

If you would like to make a donation in Phil’s name, he was a longtime supporter of Hope Hall and Spiritus Christi Outreaches.

The family greatly appreciates donations made to these charities in Philip Brady Callan 's name.