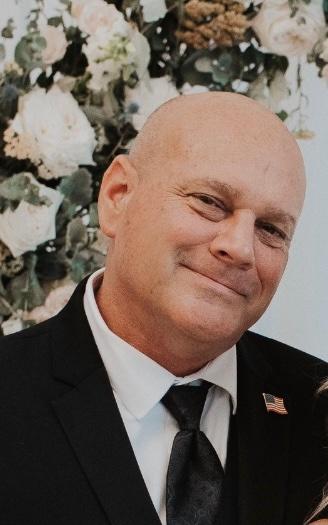 Nelson retired from the US Navy after 26 years, as a Senior Chief Petty Officer. During the first four years of active service as a boatswain’s mate aboard the USS Niagara Falls he was stationed in both Alameda, CA, and Guam. His travels included Singapore, Hong Kong, The Philippines, Japan, Bali, Korea, and Australia.   He returned to the Navy as a Reservist.   He was a rig captain and top yard and stay operator for Cargo Afloat Rig Team 401. In this he specialized in transferring fuel, munitions, and stores, from one ship to another (UNREP) while underway.  He especially enjoyed participating in RIMPAC in Pearl Harbor, HI,  – The Rim of the Pacific – which is the world’s largest international maritime warfare exercise. In 2003 he was activated and participated in Operation Noble Eagle/ Operation Enduring Freedom upon the SS Cape Gibson which took him to the Indian Ocean, Arabian Sea, and Persian Gulf. His service to his country and devotion to his fellow sailors was a passion to him. He was a true patriot.

He was an employee of The University of Rochester Laboratory for Laser Energetics as a Senior Optical Manufacturing Engineer for 28 years. There he served many roles from coater operator, optic component assembler, and laser equipment specialist.  His work contributed in building LLE’s OMEGA/EP lasers in Rochester, NY, The National Ignition Facility laser in Livermore, CA, and the LMJ laser located in France.  He coauthored several articles having worked on various research and development projects, notably as a key contributor to the development of an ion-etching process.

Nelson had a life-long love of comics, especially Marvel and Spiderman.  He also loved movies, music, and reading books.  He enjoyed traveling with family and friends, or even a day trip adventure. He enjoyed a good scotch and a good conversation.

Above all, Nelson was a loving and devoted husband and father and son.  It was well known that nothing meant more to him than his family.  His family grew over the years with friends who became family.  He will always be remembered not only for his clever wit and humor, but also for his warmth, kindness, and character.  His kindness shined through his eyes and his laughter and smile lit up a room.  He will be greatly missed by a great many who loved him.  Thank you everyone for the overwhelming amount of love and support.  “What is grief, if not love persevering?”

Friends may call Friday (Oct 22nd) 4-7 PM at Vay-Schleich and Meeson, 1075 Long Pond Road. His Mass of Christian Burial will be celebrated Saturday (Oct 23rd) 10:30 AM at Our Mother of Sorrows Church. Interment, Holy Sepulchre Cemetery. In lieu of flowers, contributions may be made to the Wounded Warriors Project in his memory.

The family greatly appreciates donations made to these charities in Nelson E. LeBarron 's name.