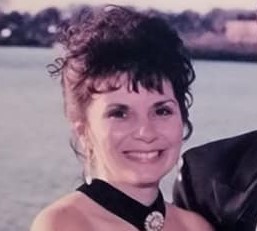 Mary Martha Murray at the age of 76, surrounded by family, peacefully passed away in Cocoa Beach, Florida on August 28, 2022. Mary Martha Murray was born in Rochester, New York on October 15, 1945 to Mary Constance Iuppa DeCarlo and Charles James “Duke” DeCarlo. She attended EastRidge High School and graduated from SUNY Brockport College. She obtained her Bachelor’s degree in Education and her Master’s degree in English.
Mary Martha was survived by her sons: Jason Robert Murray, Robert Charles Murray (MaryJo Tiberio Murray), and David Jonathan Murray (Jenifer Ezpeleta Murray). Grandchildren: Alexandria Joan Murray Cianciola (Domenic Cianciola), Robert John Murray, Delilah Orielle Murray. Siblings: Michael Louis DeCarlo (Linda King DeCarlo), Patricia Ann DeCarlo Learn (Jack Learn), Geraldine Marie DeCarlo Beach (Clay Beach). As well as many loving nieces and nephews. Predeceased by her father Charles “Duke” DeCarlo, mother Mary DeCarlo and sister Elaine Marie DeCarlo Park.
Mary Martha was a dedicated educator for over 50 years; teaching in Hilton, New York as well as Estero, Florida and Kissimmee, Florida.  She was an extremely driven and competitive individual who excelled at everything she did; including being a champion baton twirler and beauty pageant winner. In high school she was a cheerleader and in college she received her long standing nickname Marty! She enjoyed cheering her sons on at every BMX race she could get them to participate in! Mary Martha also raced BMX herself! She had an adventurous spirit that allowed her to complete the things that she was most passionate about; including obtaining her hot air balloon pilot’s license, which required a solo flight! In her youth she spent her summers on Seneca Lake with her family and loved boating; ultimately becoming  an expert water skier.
Marty had a passion for travel! She traveled all throughout Europe, South America, and even took a hot air balloon ride over the Sahara Desert in Egypt! She visited 46 out of the 50 states in the USA! Mary Martha was a remarkable woman with a never ending will to persevere no matter what endeavor she faced. She fought a courageous battle with cancer and will be greatly missed.
Mary Martha’s viewing will be on Tuesday September 6, 2022 at Vay Schleich and Meeson Funeral Home from 4-7pm.  Her Mass of Christian Burial will be Celebrated on September 7, 2022 at 9:30am at Sacred Heart Cathedral. Her burial will follow at Holy Sepulchre Cemetery.