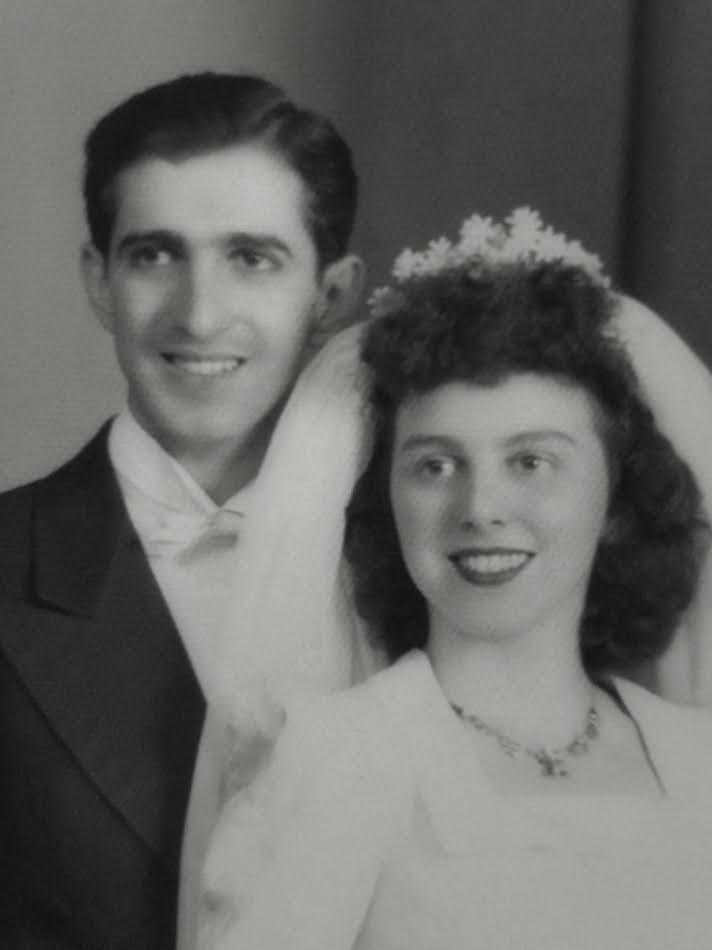 Esther was the only child of, and predeceased by, Lorenzo and Jean Arbore, her beloved parents. She was most happily married to Joseph Zannie on October 26, 1946 at Holy Family Church. Esther and Joseph were inseparable for 71 years, and now, after five years since Joe’s passing, Esther is dancing with him in heaven. Remaining behind are their children, Jean-Marie and Frank Joseph, daughter-in-law Kathy; grandchildren and great-grandchildren, Anne Carmack and son, Lorenzo, and Joseph and children, Brodie, Isabella and Zoe.  The family thanks the wonderful caregivers at Hildebrandt Hospice and at The Memory Care of The Village at Mill Landing. A private graveside service is planned.

On October 26, 2022, Her Memorial Mass will be celebrated for friends and family at St. Lawrence Church.  Gifts can be made in Joe and Esther’s memory to St. Lawrence School at 1000 North Greece Road, Rochester NY 14626 or to Hildebrandt Hospice at 2652 Ridgeway Avenue, Rochester, NY 14626.

Joseph and Esther Zannie – together again.

Don’t cry for our absence for we are blissful with God and we will pray for you. We will love you from Heaven just as we loved you on Earth.  Pray for us now and at the hour of our death. Amen.

“Non ti dimenticheremo, perché fosti il migliore di noi, perché c’insegnasti ad essere buoni e coraggiosi” . We will not forget you, because you were the best of us, because you taught us to be good and courageous.