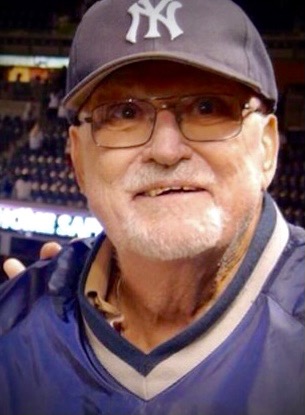 Walter was a proud veteran of the United States Army and served in Company D, First Battle Group, 13th Infantry in Germany.  He came to Rochester following his undergraduate from Kings College in Wilkes-Barre PA and received his Master’s degree from the U of R in Radiation Biology. He retired from Eastman Kodak Co. as a toxicologist.  After retirement, he and Maureen enjoyed touring the U.S. in their RV.  Walter had a love for the outdoors, fishing, hunting, hiking, golfing, dogs and sports especially supporting the NY Yankees and Notre Dame.  He was a loving and devoted husband, father and grandfather and will be dearly missed.

Walter’s services and interment will be held privately.  Contributions may be sent to Lifetime Care c/o Hildebrandt Hospice (www.rochesterregional.org/home-hospice) or St. Joseph’s Indian School (stjo.org) in his memory.  For more information and to sign his online guestbook, visit www.meesonfamily.com

The family greatly appreciates donations made to these charities in Walter J. Krasavage 's name.