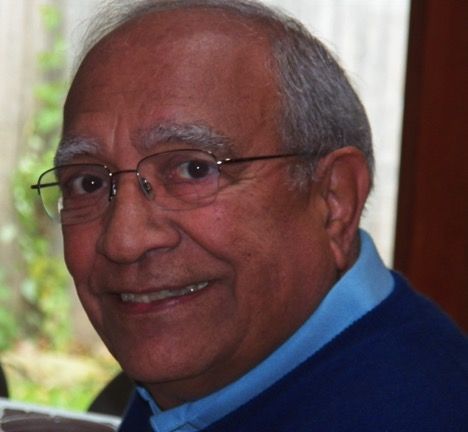 Born January 16, 1935 in Rochester, NY, George attended Jefferson High School, was a swimmer on the swim team and graduated in 1952. He was also a student of the Curley Fisher School of Dancing attending and performing with his life-long friend Joe Arnone (1935-1994). George and Joe would sometimes entertain crowds taking their tap dancing routines to the night clubs. After high school, he attended SUNY Geneseo 1952-1956, where he was a swimmer, joined the cheerleading squad, a member of Delta Kappa Tau fraternity, and joined the theater group, where he further refined his acting and dancing skills on stage. He sometimes claimed practicing his dancing when crashing weddings and dancing with the brides, and he would pick up new moves sneaking into movies to watch Fred Astaire, Ginger Rogers, and Gene Kelly. March 8, 1954 George won the Junior Class Talent Show and an opportunity to appear on WHAM-TV’s “You Can Be a Star.” He was a hard act to follow where even academically he was well-respected by his peers when they elected him president of the Future Teachers of America in 1953, a club on campus sponsored by the National Education Association.

In 1956 George earned his Bachelor of Science in Elementary Education degree and accepted a middle-school teaching job in the Brighton Central Schools district. His career was interrupted during the draft where he chose to enlist in the United States Army to have some influence on the decisions being made on his military service assignment, rather than taking chances with the draft, and served overseas in Bremerhaven Germany 1958-1960 where he was a news service liaison in the Army’s public information office. This role gave him a rare opportunity of meeting Elvis Presley, who was drafted the same year and also stationed in Germany. Kids took the day off from school anticipating Presley’s arrival and the police were struggling to keep the large crowd a safe distance away. After the ship arrived with Presley aboard, Elvis nervously saluted George when he entered the room first, and George introduced Elvis to his commanding officer that followed behind him explaining “He’s the one you need to salute, not me,” before Elvis was briefed by the commanding officer on the plan to walk down the gangway without causing a riot.

After accepting a dinner invitation to his commanding officer’s home, George met the love of his life. Jytte was the au pair hired to live with and care for the commanding officer’s children, and assist his wife in the household. Discovering a new muse for his photography, he initiated a whirlwind romance with his shy but stunning future wife. They married a year later in Jytte’s beautiful hometown of Mariager in Denmark on November 27, 1960.

George’s military assignment came to an end and they moved to a small upstairs apartment in Michael and Concetta’s, his parent’s, home where they lived 6 years. He returned to work for Brighton Central Schools as a middle school teacher, and they started their family in that tiny apartment with the arrival of Mark in 1962. The threesome moved into an unfinished house being built in the town of Gates, West of Rochester, after contractors finished the indoor electrical and plumbing. Having construction experience building homes with his father and brothers during school breaks, George negotiated a reduced price by doing much of the remaining interior dry wall and flooring himself, with help from his brothers. When he wasn’t swinging a hammer, he was also busy attending graduate school classes in Geneseo. Yvonne was the next addition to the family in 1967, and George earned his Masters of Science in Education degree just four months before Tina, his youngest, was born in 1968.

As a teacher, George was active in the Brighton Teachers Association, serving two years as president. He was named vice principal of Twelve Corners Middle School in 1970, principal in 1973, high school director of humanities in January 1985, but later accepted a position as the District Director of Pupil Services in July 1985. After an impressive 35 years with the Brighton Central Schools district, George retired in 1991.

Some additional professional affiliations during his career include:

Despite his many professional accomplishments over the years, George’s most rewarding time was spent with his family, which often included travelling. Throughout his marriage there were many trips with his children to visit his wife’s homeland and family in Denmark. He and his wife enjoyed more travelling after retirement to Italy, Denmark, Mexico, Dominican Republic, Florida, Louisiana, Arizona, Oklahoma, California, and then visiting his daughters that moved for a short time to Phoenix, Seattle, and later the Chicago area.

George loved golf and was once a very good competitive golfer among his golfing friends. When it wasn’t golf season, he often attended or hosted poker nights, met friends for breakfast on weekends, and there were a couple years here and there where he joined bowling leagues.

George’s accomplishments in life molded him into a positive role model for his children and grandchildren. He cherished his family — grandchildren most of all. Retired when the grandchildren arrived, he and his wife delighted in having the grandchildren for sleepovers and teaching them how to swim in his backyard swimming pool. He and Jytte never hesitated to assist when crisis or tragedy struck. They helped raise Michael over the years when Mark’s wife Anne battled cancer and required Mark’s 24-hour care, and lovingly continued doing so long after her premature passing. They opened their house without hesitation to Tina, her kids and their father after moving back from Seattle, and then once again to Yvonne, Delano, and Alexander when moving from Chicago until their kids and grandchildren were able to find homes and get settled. They were happiest when all the immediate family were back in Rochester. Not a week went by without their being involved with at least one of their grandchildren and their sports and extracurricular activities, if not all.

One of George’s biggest dreams was to take his children and grandchildren to Italy and share some of the culture, especially the family history in Sicily. This dream finally came true in 2019. Although it sadly was unable to happen while Jytte was with us, we are certain she was with us in spirit. The amazing vacation was nearly three weeks and George appeared to be re-energized from the opportunity to make these memories with the family he holds so dear to his heart.

George claimed being given the opportunity to watch each of his grandchildren grow into adulthood was one of the best gifts he was granted. He was a devoted husband and father, a doting and proud grandfather, uncle, and great uncle. George will be fondly remembered and sadly missed by all his family and friends.