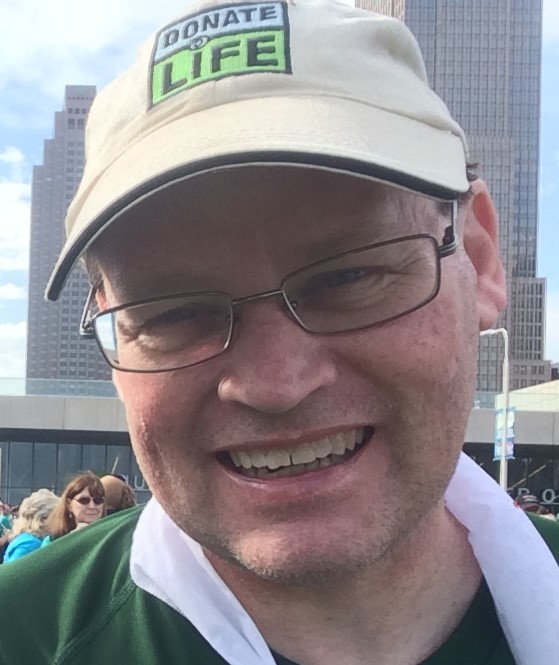 Born in Los Angeles CA and raised in North Collins NY, Eric was a graduate of St. Frances of Assisi High School.  He earned his bachelor’s degree in Business Administration at Fredonia State University.  Eric retired as the Director of Human Resources for the Hilton Central School District and previously served as the Jamestown City School District Human Resources Director.  Eric was passionate about Racquetball and was an accomplished player who also enjoyed coaching at RIT, instructing at LA Fitness and representing the Rochester Area E-force team.  Eric was born with Cystic Fibrosis and as a result underwent a double-lung transplant in November 2006.  Eric regularly competed at the Transplant Olympic Games winning gold in Racquetball each of the years he competed.  Eric was generous with his time serving as a spokesperson for the Finger Lakes Organ Donor Recovery Network, as Chairman of the Roses of Hope Gala and also mentoring other transplant recipients.  Eric will be deeply missed by all who knew him.

Eric’s visitation will be held Saturday, July 31, 2021 11 AM -2 PM at Vay-Schleich & Meeson 1075 Long Pond Road where his prayer service will be held at 2:00 PM.  In lieu of flowers, contributions may be made to the Cystic Fibrosis Foundation www.cff.org/give in his memory.  For more information and to sign his online guestbook, visit www.meesonfamily.com

The family greatly appreciates donations made to these charities in Eric R. Wright 's name.